I have been working for JCL for over ten years. I became a senior teacher four years ago, when I returned to Prague from Brno. I studied English language, literature and pedagogy at the Faculty of Education of the Charles University, but I actually received my master's degree from the Faculty of Arts of Masaryk University, where I majored in English language and literature and teaching at secondary schools.

What was your favourite toy when you were a child?

I may have been four or five when I got a small ball bullet pistol from my grandpa for Christmas. Much later, I was told by my parents, that after this gift I lost interest in all other presents that year. Perhaps this sheds some light on my current guilty pleasures.

Do you have a guilty pleasure?

Generally, I am a pacifist, but I still enjoy playing online first-person shooter games, namely a battle royal in the Counter-Strike: Global Offensive. It gives me thrill and adrenaline, but later I feel guilty for not having spent the time in a more productive or creative way.

Do you have any superpowers? If not, what superpower would you like to have?

Yes, I do. I tend to know what the students are going to say before they say it. And I don’t mean “We don’t want any homework!” Sometimes these are very specific adjectives or verbs that they are looking for an English equivalent for. But, I would also like to have the superpower to show people some ideas expressed in words without having to say or elicit them. To be able to invite them to peek directly into my mind at some moments of my choosing.

Which Czech band would you recommend to your colleagues?

I would recommend Ventolin. Basically, this one-man band is an old-school music producer/performer/DJ. His setup is full of obscure synthesizers, sequencers and drum machines and he is in perfect control of them. He plays what he himself calls “disco science” and sings along with the music. The seemingly simple lyrics actually often have a strong message. His club gigs are fantastic. Would you believe this rather geeky looking guy has a day job as a university teacher of social anthropology?

What kind of food/drink would you offer to an alien if it landed in your backyard?

If they landed in the morning it would be a sweet breakfast, such as pancakes with fig marmalade. This goes well with some pu-erh tea. If it was around lunchtime, they would not have caught me at home. And in the evening I would treat them to some parmesan cheese, anchovies with parsley, sundried tomatoes, capers, and pita bread. I would offer them either a glass of dry white wine from Moravia or perhaps some Caribbean rum if they felt like partying. 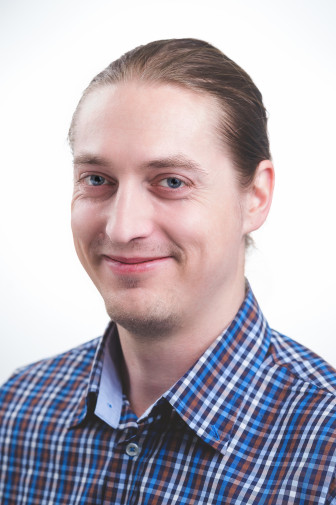